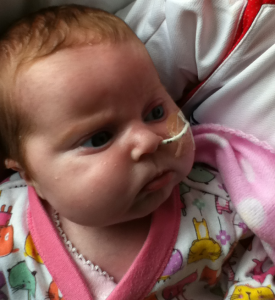 I think it was mentioned in a post before, that the docs think it was time to remove Aimi’s remaining kidney. The surgery was pencilled in for the 17th of June but they had a cancellation on a surgery this Monday the 10th, so have put Aimi into this slot to have the other kidney taken out.

The remaining kidney is giving little to no output of urine and is as diseased as the other was. The doctors think leaving in this kidney has no use and in fact making things harder to manage. As dialysis takes away the fluid, it brings the blood pressure down and Aimi is also on BP medication. This is proving hard to keep her BP stable. On medication, her BP can come down to that of a healthy baby of her age, but then that interferes when taking her fluid away, as this also decreases pressure. They stopped her medication briefly in the week and it raised to 160 (a healthy baby is, I believe, between 80-85) so the kidney removal will (as hoped) alleviate these BP spikes making things easier to manage.

We also found out that the infection she had when the first surgery was originally cancelled, as blogged HERE, was down to a lot of pus in the kidney. Leaving this other diseased kidney in, could leave her open to the same thing again.

Her distended belly should decrease in size too, not having any diseased kidneys in there hogging all the space It should, in time, return to a normal and comfortable level. Like before, the empty space where the kidney is/was will fill with fluid and over the weeks, dialysis should take this fluid away once it enters her bloodstream.

It should also help in keeping food down and gaining weight as she will have more room in her tummy. Kidney babies are prone to stunted growth, so they want to get things done early so she can catch up a bit in weight and growth. 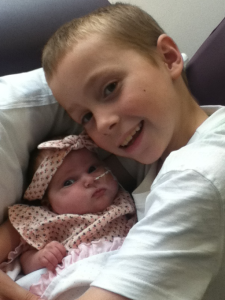 Listing all the positive things it could bring doesn’t make things any easier to digest just now. The anxiety of yet another huge surgery so soon on a precious baby so little, is immense. We hope the surgeon can work his magic again and bring Aimi out the other end, in a much healthier position. She will always be fighting against the disease, but if things are easily managed and kept a lot more stable, it means she can come home and start living a normal(ish) life. That is, despite hemodialysis 3 or 4 times a week and feeding through a tube.

Alike the last surgery, could everyone please send over their prayers and thoughts on Monday, it means a lot! I will update this blog with an update when I can.

(I will post in some pictures over the last week or so, click to enlarge them! I will get some newer pictures in the gallery at some time, Thanks for all your support) 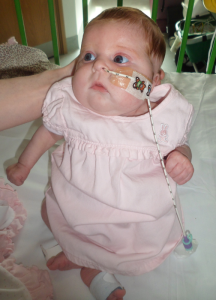