….and as if last week wasn’t hard enough for Aimi 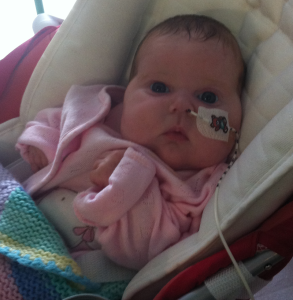 After Aimi’s second kidney removal/Nephrectomy last Monday, she started coughing quite badly over the next few days. The doctors sent a swab to their lab to grow the bug and see what it was. The result came back that she had contracted Paraflu and it seems that it was brought into GOSH, as other children on the ward had caught it. More so, the children that have Hemodialysis.

Aimi was put back on some air to help her breathe easier as she was quite congested. It was only the small oxygen that she could have administered in her room, but doctors thought that if it got worse, she would have a stint in intensive care on a bigger ventilator. Aimi went through the weekend without having to be transferred, although she was suffering quite a bit with it, her chest has stayed clear and was able to cope. 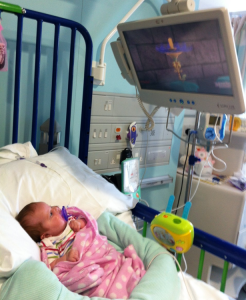 Aimi still currently has a cough so we hope this will continue to get better over the week and is now off the breathing tubes. She is now getting more into a routine of a 4 day a week dialysis sessions and her newer scar seems to be healing fine.

This picture is of Aimi watching tele after dialysis the other day.

Please remember to share these posts on your social network to raise awareness to ARPKD and Kidney problems in children. Follow us on Twitter if you haven’t already!